Maya Paley of the National Council of Jewish Women to discuss efforts to eradicate a problem affecting women around the globe. October 1st event includes a champagne brunch. 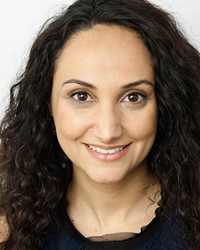 NA’AMAT USA’s Western Area will host a special presentation on the scourge of human trafficking, October 1st at Marie Callendar’s in Northridge, as the first event in its new speaker series entitled Women Empowering Women. Featured speaker Maya Paley, Director of Advocacy and Community Engagement for the National Council of Jewish Women, Los Angeles, will discuss the scope of the problem in the United States and worldwide, and what’s being done to aid victims. The event, which begins at 9:45 a.m., is open to the public. The $28 admission price includes a champagne buffet. Seating is limited.

“Human trafficking is a very serious problem and one that concerns NA’AMAT USA members deeply,” said Hilary Botchin, NA’AMAT USA National Vice President of Programming. “We want to lend our voices as advocates and work in the community to help people who need help.”

NA’AMAT USA has a long history of advocacy, in the U.S., Israel and internationally, on social and human rights issues, like sex trafficking, that affect women, children and families. “Sex trafficking is a modern-day form of slavery,” says Marcia Weiss, NA’AMAT USA, National Vice President for Advocacy. “Victims of human sex trafficking are subjected to force, fraud or coercion for the purpose of sexual exploitation or forced labor. Victims are young children, teens, men and women. They are the most economically vulnerable in society, and are enticed by the promise of a better life. Sex trafficking is the fastest growing criminal activity in the world today.”