UNESCO and the Temple Mount

You are here:
October 14, 2016Blog, News From IsraelBy Deanna Migdal 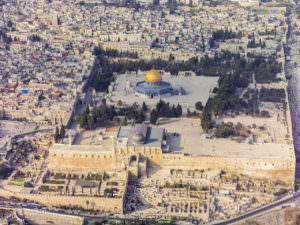 As a leading advocate for Israel for more than 90 years, NA’AMAT  USA strongly denounces  yesterday’s UNESCO’s anti-Israel  resolution denying Jewish ties to Jerusalem’s holy sites including the Western Wall and the Temple Mount. The contentious resolution claims the Temple Mount is only sacred to Muslims.

Twenty-four UNESCO member states voted in favor, 26 abstained and six countries voted against including the United States. Prime Minister Benjamin Netanyahu said, “Today, UNESCO adopted its second decision this year denying the Jewish people’s connection to the Temple Mount, our holiest site for over 3000 years.” He added that saying Judaism has no ties to Jerusalem’s holy sites is like saying the Chinese have no ties to the Great Wall or Egypt has no ties to the pyramids.

We share the Prime Minister’s indignation to this affront to the State of Israel and Jewish people everywhere.