Teaching Kids How to Succeed. 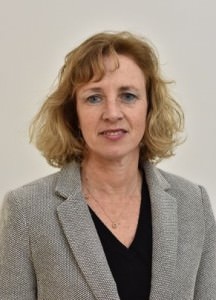 At NA’AMAT schools, these students are taught in small classrooms. They receive individual attention, have access to computers and other modern technology, receive specialized vocational and college preparatory training, and take part in a wide variety of enrichment and extra-curricular activities. As a result, an impressive number of these students pass their matriculation exams each year and go onto college or productive careers.

NA’AMAT USA: How long have you been involved in NA’AMAT?

Mina Shefi: I have worked for NA’AMAT for 23 years. I began as the CFO for the Haifa area. Seven years later, I joined the finance department of the national office in Tel Aviv. I’ve now been director of the Technological Education Network for several years. 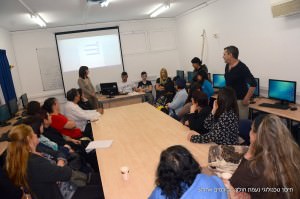 NU:  What is the mission of NA’AMAT’s high school program?

MS: We specialize in kids who can’t find a place in other schools and need extra care. We give them what they need. That includes everything from individualized classroom instruction to psychological help.

Many of our kids call our schools “home.” A lot of them come from difficult family environments. They have had trouble in other schools for a lot of reasons. They are looking for something that will restore their belief in themselves. We help them get there. We introduce them to all sorts of outside activities. We take them to a lot of volunteer activities with children and old people so they will feel  how happy they can make them  . We teach them sailing, so they learn to work as a group. We provide specialized training to help them with their military service after they graduate. We give them the resources they need and a safe place to learn. When they come to us they are often closed off, turned into themselves; we encourage them to open up. In the schools where they were thrown out, they thought that they could not succeed. We show them what was hidden in them and that if they want they can succeed.

NU:  What would happen to these kids if there were no NA’AMAT schools?

MS: They might be in the streets or working . Yesterday, I was told about a student who had, in fact, been living in the streets. His father was blind and he had no place to stay. Through our school, he became involved in a vocational training program that allowed him to work in a factory part-time while taking classes. He was so good at it, they asked him to work in the summer when he wasn’t in school. He was able to earn some money. Now, he has finished school and he continues to work at this place. In two years, he’s gone from living on the streets to working full-time and taking care of himself. There are a lot of stories like that. We make a big difference. 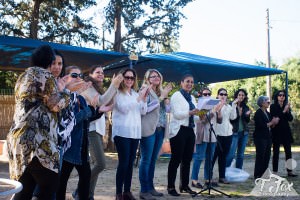 NU: What challenges do you face?

MS: One is money. The Ministry of Education pays for the teachers, but we have to provide almost everything else. Our students are asked to pay tuition of 1000 shekels per year, but many can’t pay. So for most  things, we have to find money somehow. For example, as a technological school we need to provide computers and materials.

The second challenge is finding the right way to reach to kids and to their families who, in most cases, also need  help.

NU: Where does that money come from?

MS:  We get help from NA’AMAT USA, NA’AMAT Canada and chapters in other countries. We get money from a lot of sources. Of course, we’d like to do a lot more. It’s hard for kids to sit in classrooms all day. We’d like them to be more active. Our kids deserve the best and we want to give them the best, but that takes money. 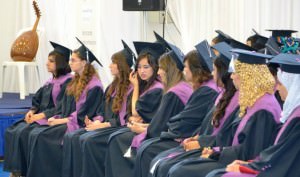 NU:  You must have a very dedicated staff of teachers.

MS:  They are very dedicated and they believe in what they are doing. They really know how to relate to these kids. They’re like their moms and dads. You have to have a strong spirit and a warm heart. Most of our teachers have worked with us for many years. They feel connected to it and could never do anything else.

NU: It sounds like you feel connected to it too.

MS: The kids who graduate from our schools are not the same as when they arrived. It’s heartwarming to see how much they have progressed.