A Center of hope for the women of Galilee. 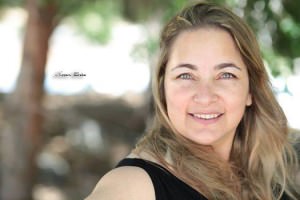 Galit Hoffman is the director of The NA’AMAT/Weiner Center for Women’s Health and Education in Karmiel, which provides health care and social services to residents of central Galilee. The first-of-its-kind center was founded in 2000 through a generous grant from the Adele and Maurice Weiner/NA’AMAT Pittsburgh Endowment Fund of the United Jewish Federation Foundation. In the years since, it has broadened its outreach and mission, and now offers lectures and workshops on childbirth, eating disorders, osteoporosis, family planning and other health care issues. It also hosts classes in exercise, nutrition and personal empowerment. Much of the credit for that is due to Edith Abud, Chairperson NA’AMAT Karmiel, and Miriam Mansur, Director of the Community Center, for their leadership, devotion and hard work.

As part of its 90th Anniversary celebration, NA’AMAT USA recently announced a new project to construct a women’s health center in Sderot in the western Negev. Modeled after the Karmiel facility, the new Center will support Kibbutzim in the area that currently lack many basic health care services.

Galit Hoffman recently spoke with NA’AMAT USA about the work and mission of the Women’s Health Center in Karmiel. 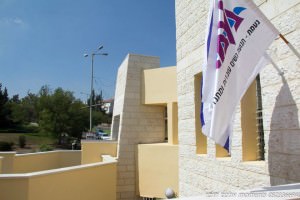 NA’AMAT USA: How long have you been associated with the Women’s Health Center and how did you become interested in women’s health care issues?

GALIT HOFFMAN: I’ve worked at the Center for five years. My background is in education, but not as a teacher. I worked in after-school programs for teenagers, boys and girls. When I was 16, I became a counselor. I found it was something that I loved to do. In the Air Force, I served as an Education Officer. It gave me an opportunity to grow and learn how to work with teenagers and young adults.

GH: It’s an opportunity to educate people in an informal way, to influence them. If someone is experiencing a health care problem or some kind of trouble, she can come to us for help. We provide her with information, help her get organized, get her into a support group. I like to see how she is managing after a few years.

NU: How has the Center grown and evolved over the years? 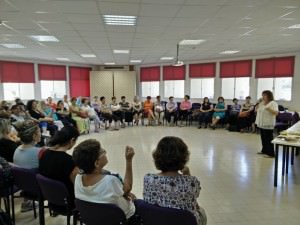 GH: When we started, 20 to 25 women regularly attended our lectures. Today, we typically attract 100, and more come all the time. We run a program for girls—teenagers—that includes gymnastics and other after school activities. We also have a group for Arab and Druze women. It is mostly about culture and food. It’s fun. It’s a chance for the women to develop friendships. For the past three years, I’ve run a group for new immigrants. Most of the immigrants arriving in Karmiel are from Russia or South America. We conduct group activities in Russian and also in Spanish from women from Brazil and Argentina.

NU: Is there a big need for the services you provide in your area?

GH: There is. And the Center has had a big influence on other women’s groups in Karmiel. The health care education that we provided for teenagers is now part of the curriculum of local schools. We no longer need to offer that service, because Israeli education and health services are doing it. I’m very proud of that.

NU: So, you’re making a positive impact on your community?

GH: Yes. We are working with two other wonderful organizations. In tandem with the Israel Cancer Association, the Center runs a support program for cancer patients. We provide them with wigs and special cosmetics. It’s amazing.

In cooperation with the Human Capital Center of Karmiel, we’ve also begun a groundbreaking program that conducts lectures and workshops on health and safety issues inside factories. Women employed in local factories often work eight hours a day and have children to take care of at home. They don’t have time to come to our facility for classes and lectures. So, we go to them. We conduct half-hour lectures that they can attend during their lunch breaks. 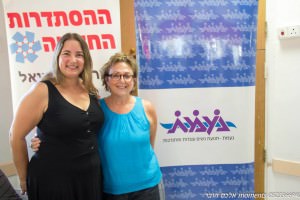 NU: What are the subjects?

GH: It depends on the season. We’ve had doctors and nurses talk to them about smoking and safety in the workplace. We offer advice on fitness and diet—how to change your diet in small steps. That’s important as we have a significant problem with diabetes in the area. Our lectures are good for the workers and beneficial to factory management. It’s a great program.

NU: It sounds like you’ve had some memorable successes.

GH: Yes, we have. There’s one lady, who comes from the Kavkaz (Caucasus). She’s lived in the area for 20 years, but like many women from that part of the world, still maintains many of the traditions from her homeland. One day, she told me she’d like to begin a group for her friends and family. I worked with her to develop a curriculum and, now, the group has been going strong for three years. This woman has since found a good job as a secretary in Karmiel, but continues to lead the group. It’s nice to see it grow.

NU: What are your plans for the future? 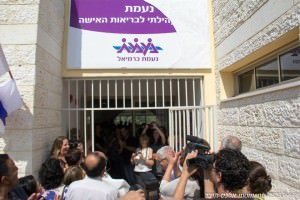 GH: I want to reach out to more women in the Arab sector. I also want to bring in more young women. They are the most challenging to reach, but they are also the women in most need of our services.

NU: What would you like members of NA’AMAT USA to know about the work you are doing?

GH: We are providing solutions to women in our area…Jewish women, Arab women, teenagers, new immigrants. We are helping them integrate into Israeli society and achieve personal growth. We are very grateful to members of NA’AMAT USA for their support. We hope they will stay in touch and visit us when they are in Israel.