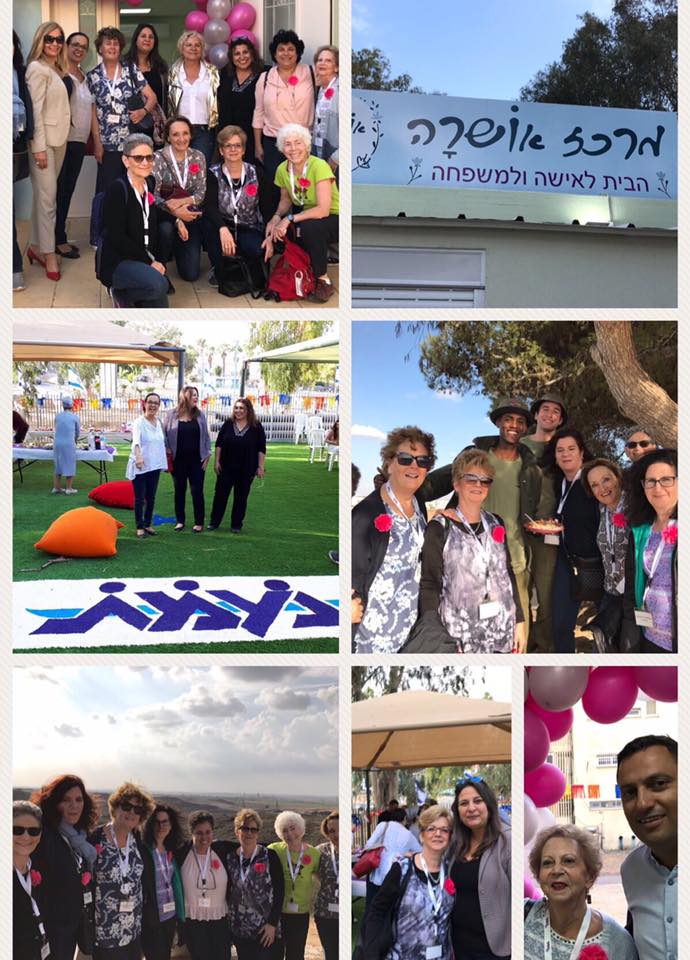 In the Fall of 2017, NA’AMAT USA celebrated the grand opening of its new Women’s Center in Israel. Located in the western Negev, one mile from the Gaza Strip, Sderot is an important location for this vital project. Its opening coincides with the 90th Anniversary of NA’AMAT USA, which makes the partnership even more meaningful.

Mayor of Sderot, Alon Duvidi, welcomed a full audience. “It is my pleasure to be attending the dedication of this Center and to thank NA’AMAT USA and NA’AMAT Israel for their efforts in providing this much-needed facility. This opening assures the women and families of Sderot, a city beset by countless rocket attacks, that they will have access to all manner of classes and services they so richly need and deserve.”

Based on the service model of NA’AMAT’s first Women’s Center in Karmiel, this new Center in Sderot offers a wide array of services intended to promote and improve women’s health and well-being. “This Center offers educational and counseling services intended to build awareness about common female health issues,” said Galia Wolloch, President of NA’AMAT Israel. “In this way,” she continued, “women and girls will learn how to prevent illnesses and promote healthy living.” The Center offers educational programs on childbirth, eating disorders, prevention of osteoporosis, family planning, menopause and nutrition. There are also individual and group therapy programs for post-natal and menopausal women, and support groups for cancer patients and their families. In addition, the center will address women’s health issues, offer women empowerment workshops, joint activities for children and families overcoming the stress of rocket attacks in the area and will also undertake many other special projects.

At the opening celebration, former NA’AMAT USA President Liz Raider spoke glowingly about the positive role that this Center will play in the lives of women and their families in Sderot. “Two years ago, this wonderful project was just a dream of the chaverot of NA’AMAT USA, and we are here today to see the reality of this new facility. The scope of services we will be providing for Sderot and the surrounding area are paramount to the reason why NA’AMAT USA undertook this project,” Raider enthusiastically told the excited audience. “Beyond that,” she added, “the facility itself will be an oasis of empowerment, comfort and safety for women and girls.”

After many successful years of pursuing their mission to advance the well-being of women and children in Israel, NA’AMAT USA is pleased to be adding this Women’s Health & Empowerment Center. Chellie Goldwater Wilensky, National President of NA’MAT USA, put that future in perspective. “Our child care centers and social service facilities have had a very meaningful impact in Israel. The expanded educational and counseling services at facilities such as this raise that impact to a new level.”