A Women’s Health Center for Sderot

At the recent Distinguished Community Leader Award Luncheon, sponsored by the San Fernando Valley Council of NA’AMAT, Susan Isaacs, the council’s immediate past president and a current national board member of NA’AMAT USA, described a new project to build a Women’s Health Center in Sderot, Israel. Here is a portion of her remarks.

I’m here today to talk to you about Our 90th Anniversary project, a very special effort that we are undertaking to raise funds to build a Women’s Health Center in the city of Sderot in the Western Negev. Many of you have heard about this small city that is less than a mile from Gaza. It’s been in the news many times – The city has been an ongoing target of rocket attacks by Hamas and other radical terrorists groups since 2001. 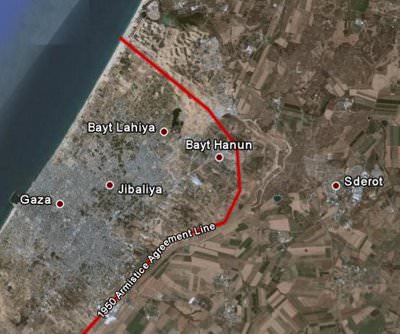 At least a dozen residents have lost their lives, and millions of dollars in damage has profoundly disrupted daily life. Studies have found that air raid sirens and explosions have caused severe psychological trauma to some residents. At least 75 percent of children aged 4-18 in Sderot suffer from post-traumatic stress, manifesting itself in any number of ways, including sleeping disorders and severe anxiety. The women in Sderot are so preoccupied with the health and welfare of their families, many do not have the time to travel out of their area to seek preventative health care for themselves. In fact, the city is infamously referred to as The “Bomb Shelter Capital of the World.”

Would you want to live in Sderot? I know that I wouldn’t and most Israelis wouldn’t either. But for most of the residents of Sderot, there is no other choice.

I can personally relate, in a small way, to the terror experienced by Sderot citizens. As a young woman, married to an Israeli, I lived in Israel in the early 1970’s. During the Yom Kippur War in 1973, I ran into the bomb shelters many times with my infant son. I’ll never forget the look on the faces of the women and young children. Some children told me that they have been in the bomb shelters many times before. I’ll never forget that experience. I knew then, that as an American, returning to the United States, I needed to do everything I could to help the families in Israel.

Because of the volatile situation in Sderot, there is a serious shortage of doctors and regular health services.

Unfortunately NA’AMAT cannot stop the terrorist attacks. But we can help in another way.

In honor of our 90th Anniversary, NA’AMAT USA has committed to raise funds to help build a Woman’s Health Center in Sderot. NA’AMAT will be renovating an existing building and our hope is that the Israeli government will match the funds we raise — to make this dream a reality.

NA’AMAT’s current Women’s Health Center in Karmiel will serve as a model for the new facility in Sderot.

Women who have had very little health care, who have never even had a mammogram or a complete physical exam will one day be able to get the preventive care they need and that this Health Center will provide.

We are asking for your help today.

Please think of family and friends in your own lives who would not be here today if not for the preventive medical care they were privileged to have.

NA’AMAT’s current Women’s Health Center in Karmiel will serve as a model for the new facility in Sderot.

We know that many of you have already dug deep to be part of this event today – and on behalf of Na’Amat and our honorees, we thank you for your support. But I want to ask you now to please consider making another donation today to help build the NA’AMAT Women’s Health Center. Please think about what this Health Center will mean to the women of Sderot. Every penny that we earn from today’s event will go towards this important and vital goal.

I thank you for listening to me and please know that we greatly appreciate your generosity.