From visiting the Women’s Health & Empowerment Center in Sderot, near the Gaza border, to touring the Kanot boarding school with its dairy farm and equestrian program, attendees of NA’AMAT USA’s recent convention in Israel saw firsthand how NA’AMAT dramatically changes lives for the better, while also learning about the harsh realities the organization confronts every day. 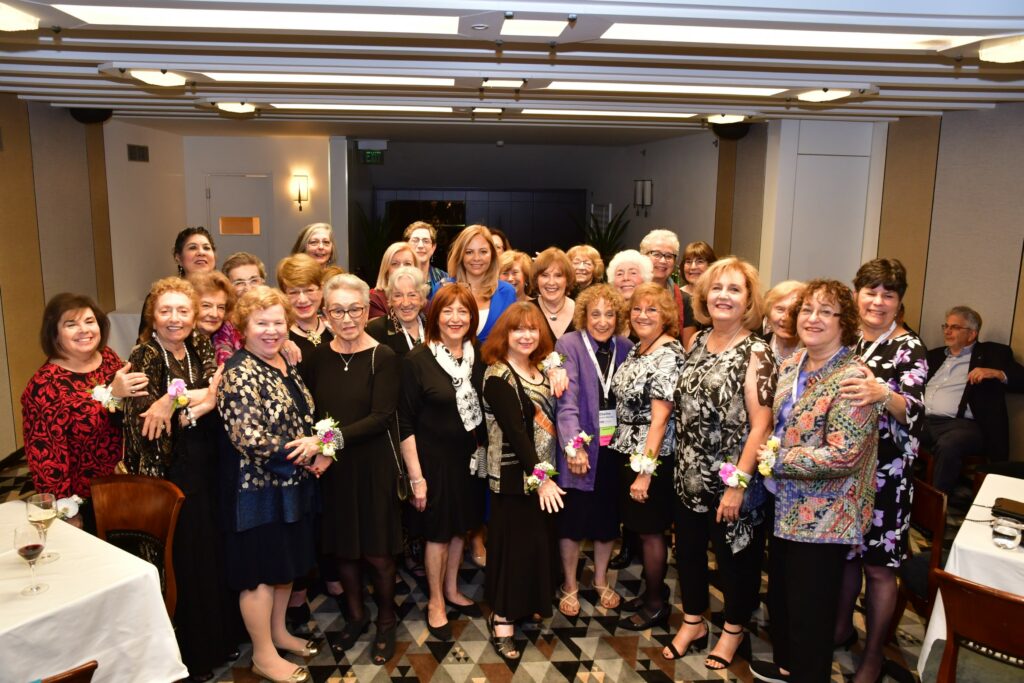 For many of the 80 participants, a highlight of NA’AMAT USA’s 43rd national convention, was the visit to Kanot, one of two youth villages operated by NA’AMAT. Following a performance that included a trio of talented young women singers backed by a band, as well as an Israeli dance troupe, enthusiastic delegates joined the students on the stage — dancing, singing and clapping along.

The high spirits had been building throughout the evening tour of the facilities, as the teens shared their stories. One young man, a senior from a troubled family background, talked about his goal of becoming a fighter pilot in the Israeli Defense Forces (IDF). Asked what Kanot meant to him, he said simply, “It has changed my life.”

A visit to the Golda Meir Day Care Center in Tel Aviv, which opened in September 2018, highlighted the importance of high-quality day care to working parents. The facility, which boasts an expansive outdoor play area and large classrooms, serves 87 children from four months to three years old. The center’s equipment, funded by NA’AMAT USA, rivals that of private day care centers, which cost parents 60-70 percent more than the government-subsidized NA’AMAT centers.

According to Liora Lenger, NA’AMAT’s regional chairperson for Tel Aviv-Yafo, a serious challenge facing the centers is the very low pay caregivers earn. She explained that NA’AMAT is working with other day care providers to pressure the government to raise the pay for these critical workers. 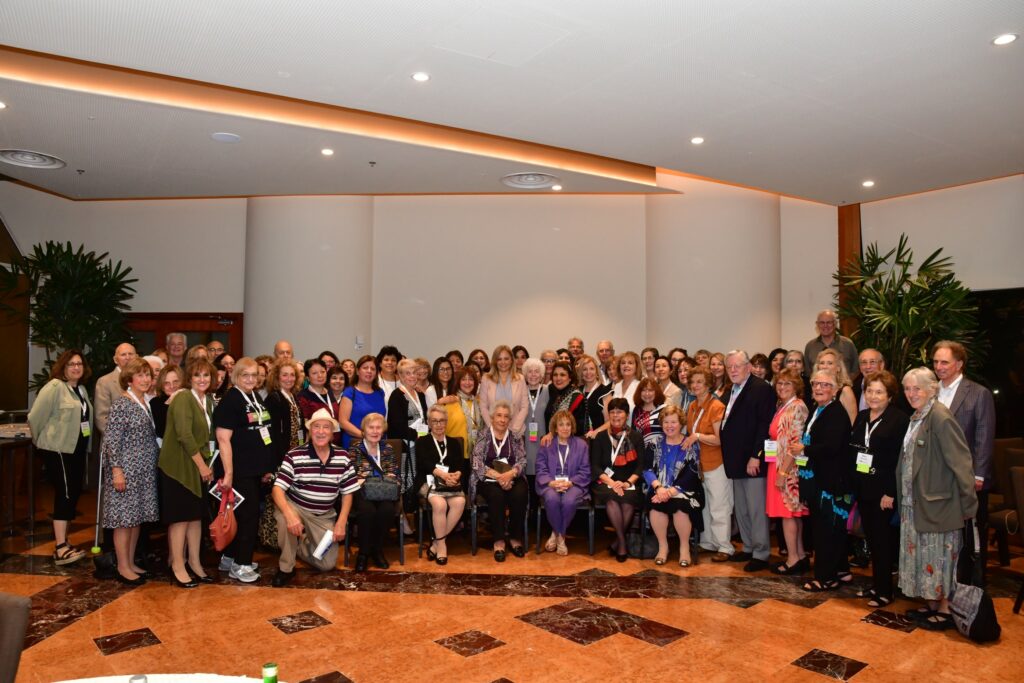 Day care is only one of the services that NA’AMAT provides in Tel Aviv, which has the most communal activities anywhere in the country, Lenger added. NA’AMAT runs three community centers and a legal bureau, which focuses on gender justice, in the city.

At the Women’s Health & Empowerment Center in Sderot, Mayor Alon Davidi told the group that the community is “95 percent paradise.” He stated that it has the best education system in the south of Israel, 6,000 units of new housing, and outstanding facilities such as the empowerment center and NA’AMAT’s multipurpose day care center for at-risk children, which serves 90 children from 7 a.m. to 7 p.m. Because of these advantages, “Sderot will never be a ghost town,” Davidi said.

The other 5 percent is a “nightmare,” because of the rockets that continue to rain down on Sderot, launched by Hamas terrorists in Gaza. (One week after the NA’AMAT USA group visited Sderot, more than 220 rockets and missiles were launched into the south of Israel, causing severe damage and civilian injuries). Sderot residents have 15 seconds to get to a safe room once the signal goes off. Davidi, who has seven children, said that they suffer from post-traumatic stress syndrome (PTSD). He emphasized that he “doesn’t hate the people of Gaza” and remains hopeful that someday the money Hamas now spends on rockets will be used to build factories and hospitals.

According to Yehudit Uliel, NA’AMAT’s Sderot chairperson and the deputy mayor of the city, 80 percent of the children suffer from trauma. A psychologist and social worker are available at the women’s center several times a week. Programming also includes lectures on health, empowerment and other issues. a club for businesswomen, and health-related activities such as yoga classes, according to Uliel.

Trauma also was front and center at the delegation’s visit to the Glickman Center for the Prevention of Violence in Tel Aviv, established in 1993. The center has two components: a shelter that houses up to 12 women and their children at a time, and the “open center,” which offers individual and group psychotherapy for women and men. Last year, almost 600 people sought help from the center.

The shelter is now one of 14 in Israel, and is operated under the auspices of the Ministry of Welfare, according to Yael Levine, the shelter’s director. The government provides 60 percent of its budget; the remainder is from NA’AMAT. Women who come to the shelter are at high-risk; often they have suffered physical violence and been subjected to emotional abuse. “We work hard to build a violence-free future,” Levine said, whether that means leaving the abuser or returning to the home. She pointed out that domestic violence affects every segment of Israeli society: “Jews, Arabs, immigrants, religious, secular, young and old.” 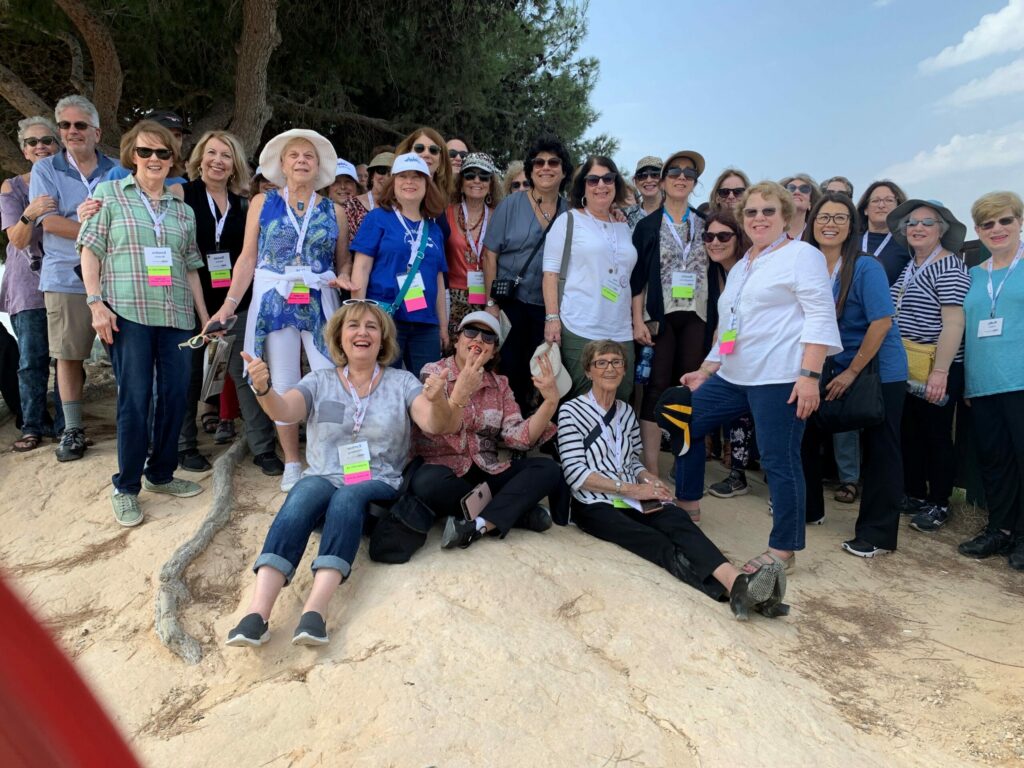 Herzog, chairman of the Jewish Agency for Israel, said at the opening event that he has “huge respect” for NA’AMAT, recalling that his father (Chaim Herzog, the sixth president of Israel), his uncle (Abba Eban, the legendary Israeli diplomat) and his mother (Aura Ambache, founder of the Council for a Beautiful Israel) would talk about the importance of NA’AMAT’s work when he was growing up.

Pe’er also welcomed the U.S. delegation, noting that NA’AMAT is the largest women’s movement in Israel and operates in eight countries. “We form a strong and influential movement that symbolizes the bond between Jews in Israel and Jews in the diaspora. You are true partners and we rely on your help and support,” she told the audience.

As the convention drew to a close, Wilensky recalled that her late mother, Nettie Goldwater, was an active member of Rishonah, the first English-speaking club in Chicago. “This is how I grew up; steeped in Zionism, love of Israel and devotion to Pioneer Women, now NA’AMAT USA,” she said in her farewell message. Wilensky spoke about the difficulty persuading young women today that “what we do is really worthwhile,” even though Israel is now a thriving, successful country. She added, “Though it is hard to get this message out, we are still working diligently to grow NA’AMAT USA so we can continue our important work.”

In her first officials remarks as president, Gurvitch pointed out that she is a “member of five generations who are proud to call themselves Zionists.” Three generations of her family attended the event.

“I believe that as members of NA’AMAT, our actions inspire others to dream more, learn more and become more,” Gurvitch said. “That is what NA’AMAT has always been about and that will be our greatest legacy to the generations to come.”