NA’AMAT PITTSBURGH:  ONE YEAR AFTER THE MASSACRE 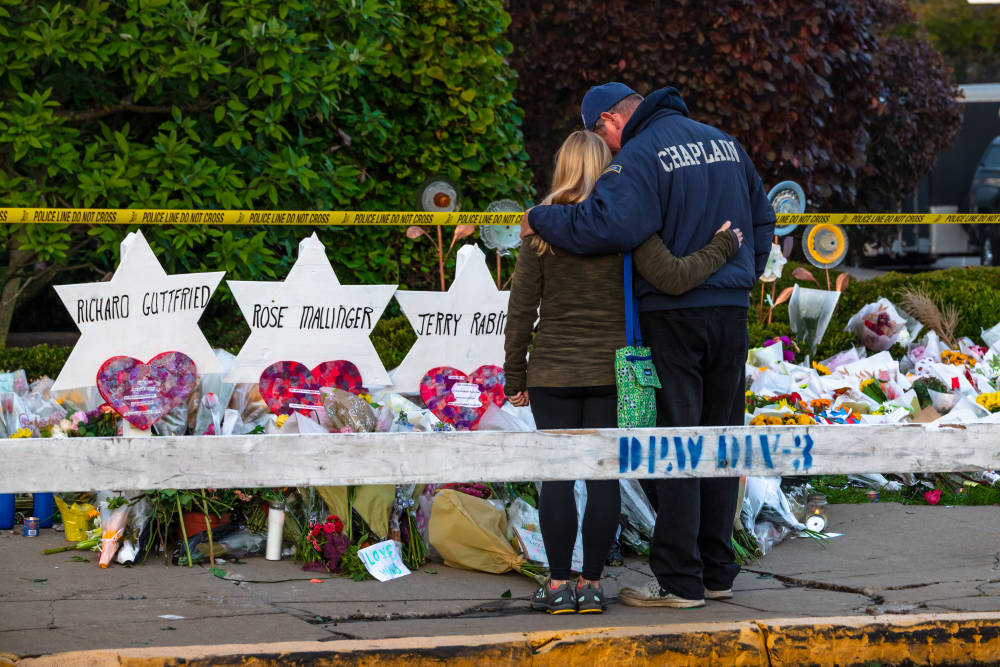 A Story of Recovery

On Saturday October 27, 2018, Shabbat morning services were getting underway by the three congregations that gather at The Tree of Life building in the Squirrel Hill neighborhood of Pittsburgh, Pennsylvania. At 9:55 AM, congregants of Tree of Life, Dor Hadash and New Light Congregations were senselessly massacred by an antisemitic white nationalist gunman who walked into their spiritual home and opened fire.  When he was captured and arrested an hour and twenty minutes later, he left eleven people dead and six others injured and scars that will last a lifetime for the Pittsburgh community. It was the deadliest attack on a Jewish community in US history.

We spoke with the Executive Director of NA’AMAT USA Pittsburgh Council, Jackie Braslawsce along with co-presidents Roselle Solomon and Dorothy Greenfield.  They were able to eloquently put into words what this past year has been like and how they are joining with the entire community as they endeavor to find the road to recovery. While they may never fully heal, healing is always happening as a community.

How were each of you and your families personally affected by the shooting?

Jackie: This tragedy has deeply affected my entire family especially my children.  They participated in a joint morning minyan when all three congregations came together and worshiped and then shared breakfast with the Day School kids. This was a weekly occurrence and a routine they loved and happened every Thursday morning. They really enjoyed being a part of the morning minyan and wore it as a badge of honor, it was a special opportunity to connect with the elders of our community and learn from their experiences. The morning minyan program was organized by the staff of Tree of Life, so my kids knew many of those who were murdered and felt personally connected to the victims.  This was not the death of random strangers.  The agony of the day was compounded by the fact that they couldn’t locate me when news broke of what was happening.  I was at the veterinarian when the shooting occurred, but my family didn’t know if I was at my office where I was planning to be to pick up the cards for our upcoming fundraiser or at the vet.  It was so traumatizing for them when they couldn’t find me. I can only imagine how long that time seemed for them.  Now a year later, we are still not comfortable in large gatherings especially large groups of Jewish people for any type of gathering.  You’re always thinking, “who’s around me,” and “where can I hide?”  My 12-year-old son is only now finally walking home from school again after being fearful of being shot in the 2 blocks it takes to walk to our house.

Roselle: My husband and I are members of New Light Congregation.  My husband was late for services that morning.  When he was turning into the parking lot, he saw the police activity and he came right back home.  When we saw on TV what was happening, we were horrified.  One of the victims was the chair of the Religious Committee.  My husband has since taken over that role. But it’s been a very hard year, especially during the recent High Holidays.

Dorothy: As soon as I saw what was happening, I called a friend whose husband would likely have been at services that morning. Her husband didn’t have his cell phone with him, and she said that she hadn’t heard from him. I called her again a little later and when there was no answer, I just had a gut feeling that it was not good.  I learned later that day that he had been killed.

How do you even begin to recover from such a tragedy?

Jackie:  Right after this happened, I couldn’t make any sense of it.  So, every night on my way home I would stop by the building to seek out an answer or try to make sense of all of this. There was a tent set up by the son of a congregant and his friend for people to gather and to comfort each other over hot tea and lots of tissues.  It was so comforting to have this anonymous support that allowed me to begin to process this disgusting massacre. It is really incredible and comforting to feel the love and light that has been brought to our community through the pain this murderer left behind, the people in our community are just unbelievable.  Living through this experience has brought a different feeling to our city.  Not just to the Jewish community, but to everyone.  When I walk into the current Tree of Life office at Rodef Shalom and see all the gifts and thoughtful pieces of art, letters, books, and so on from people around the world comforts me. I was especially touched by hundreds of origami cranes like the ones at the peace memorial at Hiroshima that was sent from a community in Japan.  Other people knit blankets with the tree on it or a square that was made into a larger blanket for the families or those who need comfort.  One afternoon I was with a girlfriend who is very involved in the Jewish social justice front and brought me to the building where she knew a group of bike riders who biked all the way from Sandy Hook came here to meet and comfort us as they knew the pain we felt.  Not only had this man taken the lives of our friends he also stole our security and our freedom, and even more jarring is that he stole that from my kids. The bike riders from Sandy Hook understood that mindset and empathized and having that connection of someone who get it was so important to my journey of healing. Our life as Jews before 10.27 will never be same and my children will never have a time in their life, they don’t know about going into a house of worship without armed guards there to protect us. This is heartbreaking to have this fear.

Roselle: We’ll never get over this.  But it has brought us together.  We’re there for each other.  It has made us stronger and we will continue to move on.  We’re moving on every day.

Dorothy:  This mess has really kind of connected people from all walks of life. Tragedy does bring togetherness.

What message should NA’AMAT chapters around the country take away from your experience?

Jackie:  Everything we do is about relationships and historically that’s how Pioneer Women got started. The power of women, the power of togetherness and the power of relationships will keep us strong and help us gain the strength we need to keep going. The message that I would send to NA’AMAT USA, NA’AMAT Canada and NA’AMAT everywhere is “stay in your power.”  NA’AMAT is about more than raising money for women and children of Israel.  It’s a special organization that connects us to our sisters and children in Israel and across the globe.  It’s about being there for each other, supporting, loving and encouraging each other to just put one toe in front of another when you need to. WE ARE STRONGER TOGETHER!

After 6 months of working from an office in the home of the Executive Director and following countless offers of office space around the city, NA’AMAT USA Pittsburgh Council relocated to Rodef Shalom Congregation in April, next to the offices held by their friends from Tree of Life and Dor Hadash. Meetings and programs have resumed, and new activities have emerged.  They recently held their first major fund-raising event since the massacre and it was a great success.  The Tree of Life Building remains closed, but meetings are underway and plans are being discussed for the future.  Rabbi Jeffrey Myers, Senior Rabbi at Tree of Life, who was leading services when the shooting began, says that returning to the Tree of Life remains a top priority.