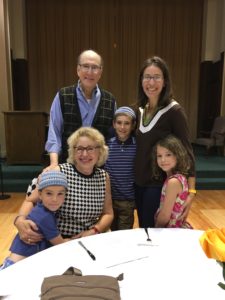 “We are so grateful to Barbara for her commitment and time, and excited for Rhoda to join our leadership team,” said Braslawsce. “The brunch was lovely and included amazing music from local singer Sara Stock Mayo and pianist Laura Daniels.”

A Life Member of NA’AMAT USA, Steindel has been active in Pittsburgh’s Jewish community for 35 years. She is also a Life Member of the National Council of Jewish Women and Hadassah, and served as Executive Director of the Pittsburgh Chapter of the American Jewish Committee from 2004-2009. She teaches at the Pittsburgh Catholic Diocese High Schools as part of the Catholic-Jewish Education Enrichment Program.

A native of Erie, Pennsylvania, Steindel was trained as a vocational rehabilitation counselor and led a counseling practice in Pittsburgh for many years. Last year, the Pennsylvania Supreme Court appointed her to the state’s Judicial Conduct Board. She is married to Rabbi Stephen Steindel, who serves as Rabbi Emeritus of Congregation Beth Shalom in Pittsburgh. 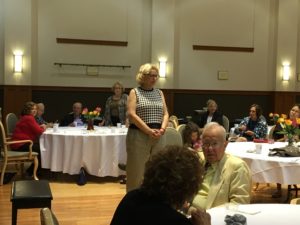 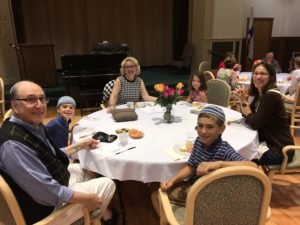 eventsNA'AMAT USA
About the author