For Israel’s most vulnerable citizens, NA’AMAT acts as a bridge to a better life. Its daycare centers, high schools, women’s centers and other programs provide critical services to children from disadvantaged backgrounds, at-risk youth, new immigrants, victims of domestic abuse and others in need. 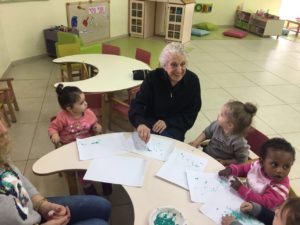 NA’AMAT USA president Chellie Goldwater Wilensky recently had an opportunity to witness first-hand the organization’s success in helping women, children and families meet life’s challenges. While on a trip to Israel, she visited NA’AMAT daycare centers in Ashdod and Sderot. She reviewed progress on a new women’s center in Sderot, and traveled to Kanot, where she met students and teachers from a NA’AMAT youth village.

Chellie was impressed by what she saw. In particular, she cited the resilience of the citizens of Sderot, whose city, located near the Gaza Strip, has been subject to frequent missile attacks for more than 10-years. Sderot’s NA’AMAT daycare center faces unique challenges in providing for the safety of the nearly 100 children enrolled in its preschool program, more than 30 of whom are at-risk children who receive after-school care at no cost.

“I found it uplifting,” recalls Chellie. “Sderot is a dangerous place, but the daycare center is completely protected. It is made entirely out of reinforced concrete, so if a siren goes off, the children don’t have to go anywhere. They are already safe.” She adds that one room at the center is specially protected with an air filtration center to protect against gas attack. 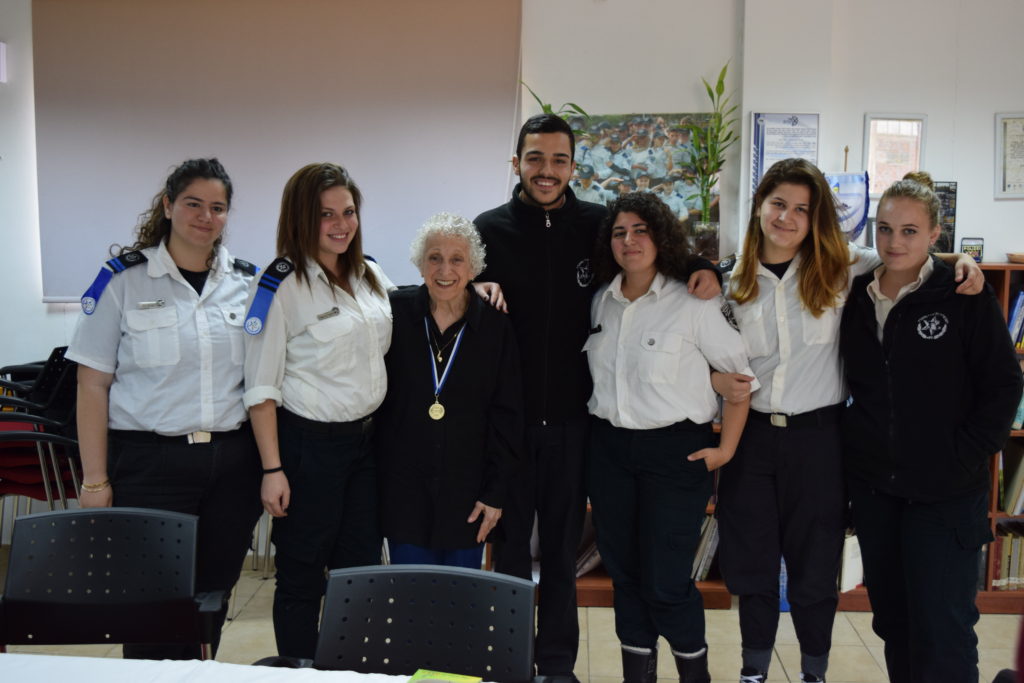 Sderot’s new women’s center, which is being built, in part, through funding provided by NA’AMAT USA, is on the site of a former daycare center that was heavily damaged by terrorist missiles in 2014. Slated to open in June, the center will provide a variety of social programs and services for women. “There is a lot of stress in the community and women often put themselves last in line when it comes to seeking care,” Chellie says. “The new center will offer classes in nutrition, health care and empowerment. It is going to be lovely.”

The youth village in Kanot provides high school education to some 500 students in an agricultural, boarding school environment. Many of those students previously struggled in traditional schools and are getting a second chance. Some students take part in the school’s police academy program, which prepares them for careers in military or civilian spheres. The school also operates a large stables, where students learn to care for horses. 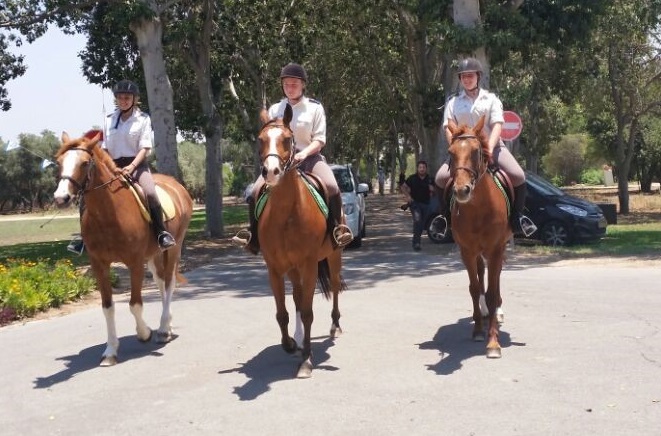 “The school offers riding lessons to people from the community as a way to raise money, but it also provides horseback riding therapy for free,” Chellie explains. “In caring for the horses, students learn responsibility. That’s the whole purpose of the school: to help students become responsible, productive members of society, whether they choose to go on to college or pursue a trade.”

While Chellie describes the atmosphere at the school as lively and nurturing, it continues to have funding needs. Some of the dormitories are aging and in need of repair. NA’AMAT USA recently provided $50,000 for renovations at the school, an amount that was matched by the Israeli government. 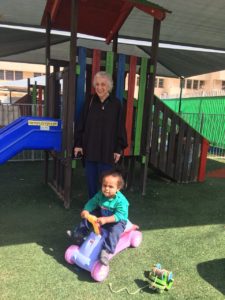 It also has other ongoing needs. “The school has an excellent technology center, but computers quickly become obsolete and need to be replaced,” Chellie says. “Keeping pace with technology is essential for these students to become functioning members of society.”

Asked what moment she would most like to have shared with other NA’AMAT USA members, Chellie pointed to her visit to the daycare center in Ashdod. A class of 3-year-olds had constructed a 4-part sign to express the center’s gratitude for the support it receives. It read, “Thank You NA’AMAT USA!” “It was charming,” Chellie recalls.

“Whenever I travel to Israel and visit the centers, it reminds me why I’m a member of NA’AMAT USA,” she adds. “The time and the effort, it’s all worthwhile because the work we do in Israel is meaningful and wonderful.”