From the Archives: Our Founding Mothers

In honor of NA’AMAT USA’s 90th anniversary, we look back through the archives of our award-winning magazine NA’AMAT WOMAN to share some of the many wonderful stories from the organization’s past.

The September-October 1990 special issue of NA’AMAT WOMAN included an article titles “We Honor Our Founding Mothers.” It included the reminiscences of haverot of their mothers, some of whom were among the early leaders of what was then called Pioneer Women. 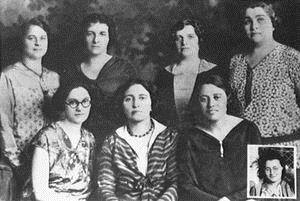 My mother, Nina Zuckerman, was one of the original seven founders of Pioneer Women in New York City in 1925.

At the time, members of the Poale Zion (Labor Zionist movement) and the early clubs of the Pioneer Women constituted a unique type of cohesive unit despite the geographic distances between the clubs. There was a sort of mystical unifying atmosphere under which they functioned at all times. Members who traveled through the U.S. and Canada to Poale Zion and Pioneer Women meetings were always put up at the homes of members in the host cities. Their children knew and became “foster children” to one and all of the roving ambassadors of the two organizations, including the official shlichim (emissaries) who came from Palestine. It was as if the term haverim designated an extended tribal family, and it removed all barriers, even among total strangers. No hotel was ever needed in whatever part of the continent a traveling member found himself or herself. And at home, holidays and vacations were spent jointly with haverim at the beach or in bungalows shared by a number of families. Our earliest, and most lasting friends were children of haverim.

With my father, Baruch, deep in Poale Zion, People’s Relieve and Farband affairs from their inception, and with mother one of the early national secretaries of Pioneer Woman, my sister Avivah and I were of course imbued with all facets of events in all these bodies. 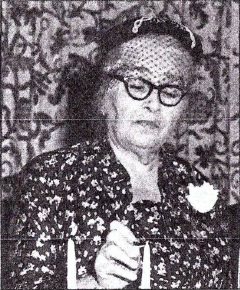 Our initial attempt at Aliya took place in 1925 when mother, Avivah and I came to Palestine together with Sophi Udin (who had been a boarder with my parents in the Bronx for some time) for the laying of the cornerstone for the Hebrew University on Mount Scopus. We were then to stay permanently in Tel Aviv and my father was to join us at a later date. But Avivah and I both became seriously ill, and after almost a year, doctors advised a return to the United States.

Our second and final Aliya was made in 1932, after mother’s stint as national secretary of Pioneer Women. We then settled in Jerusalem, with Avivah at the Hebrew University and myself at the Hebrew Gymnasia. Father was then a roving shaliach for Kern Hayesod and Hechalutz, mainly in Europe.

Our parents’ undivided loyalty to Zionism/Judaism/Labor Zionism and, in my mother’s case, to Pioneer Woman, became part and parcel of our own commitment to the same driving forces. Avivah and I both were early members of the Hagana. She went on to be one of the original officers of Chen (Chayl Nashim), the Women’s Division of Zahal (now the Israel Defense Forces), during the War of Independence. I served at that time for close to three years in the D.P. camps in Austria within the framework of Aliya Bet activities.

When Avivah died in 1977, she was Professor of Parasitology at the Hebrew University-Hadassah Medical School. My own field is art and art education; and after teaching in various institutions, I established a private studio for art teaching and for the experimenting in art teaching methods that functions for about 20 years until my retirement.

Considering the above, I think it can truly be said that we both were totally affected by our parents’ feelings and thoughts concerning what can be summed up in one word—Israel.

I am the daughter of Rose Brooker. By this statement I set up the relationship to Pioneer Women and NA’AMAT USA. Whatever I have given and received from my association with this organization is an outgrowth of the fact that she was my mother and Pioneer Women/NA’AMAT USA was her life. 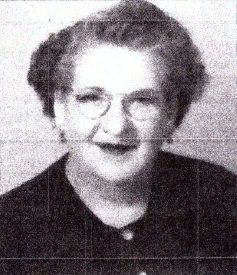 In 1926, Rose Brooker lost her only child after a year-long battle with cancer. She felt that she would lose her mind as well. Her salvation could only come, so said her friends, with a trip to Palestine to see the accomplishments of her 25 years of involvement with the Zionist ideal. So she left, never realizing that the impossible had occurred and her one-in-a-thousand chance of ever having another child was to come true.

After six months in Palestine, three weeks of the time in bed at the home of Golda Meir’s sister Sheina, saving this child from miscarriage, she returned home. In this period of time she had seen the entire country, spent weeks in early kibbutzim, and met with Rahel Ben-Zvi in the company of Sara Feder and Sophie Udin. At that fateful meeting, a decision was reached to expand the group from New York, who had made the first significant contribution to the agricultural school run by Rahel Ben-Zvi—the sum of $500 to dig the well. More groups were to be formed in New York, Milwaukee and Chicago.

My mother returned to Chicago and gave birth to me and to the West Side club of Pioneer Women. Working with other feminist Labor Zionist women, they began an organization that would allow them to chair meetings, study and have decision-making roles—instead of the oft-repeated phrase I heard in all my early years, “In the Poale Zion, the women were only good for cooking banquets, the men went to the conventions and gave speeches.”

I spent my entire early life sharing my mother with her ideal. I saw her cry when it was suggested that she leave a beloved group and start a new one, but she did it many times and served as Chicago’s first general secretary when a council was formed. She was the woman with the car, the driver of every visiting dignitary to the city, the host home when hotels were out of the question. I admired her and resented her; I wanted some of the attention she lavished on others. It was only much later in my life that I understood what drove her to do what she did. I find many of the same motives driving me at this time.

In the life of someone who lived to be 95, and who became a Zionist in 1901 in Grodno, there were too many incidents to compress into a few paragraphs. I need only add that Rose Brooker’s daughter has been a dues paying member of the movement since Habonim was created, and she joined in 1935 (underage but over-qualified), and that Rose’s granddaughter was also an active Habonim member who lived in Israel for two different years. Did she make an impact? I’ll let you, the reader, decide.